In 2007 Ken Burns produced The War, a series about World War II. In conjunction with that, WHYY and a few Philadel

phia newspapers held a contest in an effort to preserve the wartime stories of Philadelphia area residents. I entered the following story for my dad under the title “Ask a First Sergeant”.  The Philadelphia Tribune changed the title and published it in September 2007.

Double-click on the article to enlarge it. 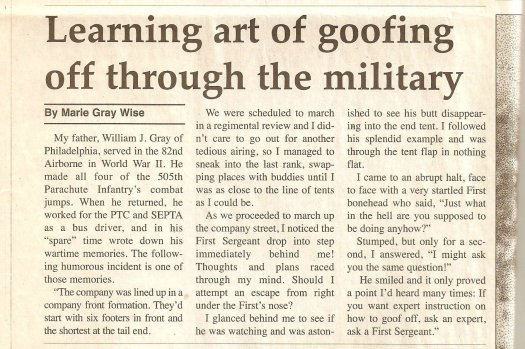 One Soldier's Stories of the 505 PIR